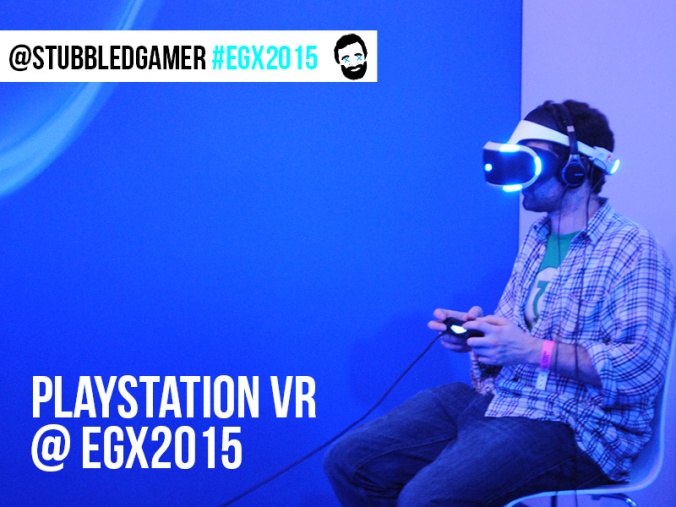 Picture the scene. It’s12:59. My hand is trembling with excitement as I press the refresh button on the web browser. 13:00. I hit refresh again and the link to the registration form appears on the laptop before me. I have never ticked boxes so fast in my life. It was done. The confirmation screen in front of me; I was booked in for a Playstation VR trial session at #EGX2015. A quick screen grab for proof on the day and I was ready, all I had to do was wait…

Virtual reality is a tech which I have dreamed of ever since I was a young boy, a dream which I’m sure I share with others. The experience of stepping through the viewing window and into the game itself. With the hopes of my younger self rooting for VR, my older and (debatably) wiser self has shielded my expectations with a healthy dose of scepticism ever since first reading about it. Arriving at EGX on Friday I would be able to find out one way or another whether I would have to continue waiting patiently for the tech I hoped and dreamed of as a child to become a functioning reality. After arriving at the stand over an hour early (I was ridiculously excited) my time to experience VR finally arrived. 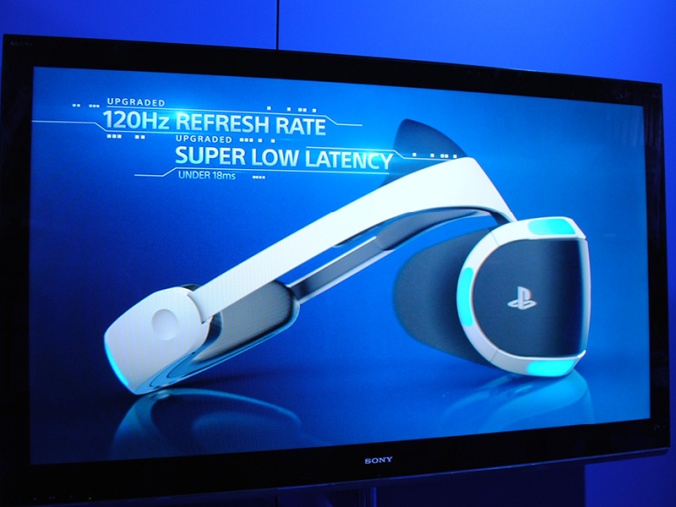 As I waited for the guy in front of me to finish up with his session, one of the PlayStation team members talked to me about some of the specs; an OLED display, 1920xRGBx1080 resolution translating to 960xRGBx180 per eye and a phenomenal refresh rate of 120Hz. Although this was nothing I didn’t already know (and is not likely to be news to many of you as it’s information that is readily available) I didn’t know how these stats were going to translate into an experience.  As I sat down on the chair I had my first chance to see the headset up close and I can state that it is definitely the sleekest looking VR model which will be hitting the market Q1 2016. With only two buttons, it’s as simple as pressing one and sliding the headband to fit on your head whilst pressing the other to move the visor closer or further away from your eyes (ideal for making it more comfortable for people who wear glasses – something which had been discussed between us all on the journey there). It is a simple and elegant system and one that is very effective. As I tightened the head band to fit my slightly smaller than average head and then adjusted the visor, the screens started to focus to from a blurred mess into one clear view. I also noticed that I didn’t feel weighed down by the headset or unbalanced as the weight of the device rested comfortably on the top of my forehead meaning I could hold my head up with ease. As the headphones were placed on me the world around me shrank away as two of my main senses were plugged into this new reality. I was still quite conscious that I had an audience, but only because I knew they were there beforehand. It didn’t take long as I navigated my way through the opening menu of BattleZone for my self-consciousness to wither away in the face of my new reality.

The demo game itself was nothing to write home about. You’re in the cockpit of a futuristic looking tank with a main turret and machine gun and you go around destroying angular red vehicles and swarms of what appear to be shards. But when my session came to an end it did not stop me from having a huge grin from ear to ear. Why? Although it was a simple game, with simple objectives and highly stylised geometric graphics, my childhood hopes and dreams for a decent virtual reality tech had been realised. I was actually in the cockpit with no distractions around me. I couldn’t see the coat rail in the hallway to the right of my TV, the stack of PS4 games directly to the left of the TV cabinet and there were no physical barriers between me and the game. I was in a new world. I looked down and I could see the radar screen (no more need for a MiniMaps), I looked up and I could see the sky and to the left and right the view of my new reality changes. The 120hz refresh rates and low latency of this device translated into a smooth continual image as I moved my head around meaning that my presence in this new reality wasn’t interrupted. I cannot help but be in awe of this new technology. It is totally immersive, exactly what VR should be. With this new level of immersion in the game developer’s tool belt it also opens up discussions around a potential of mental stress being placed on the players however that is an entirely different blog post. 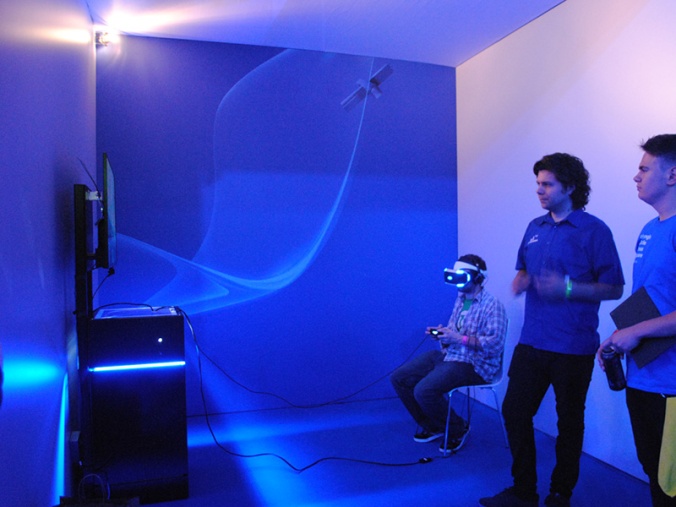 I know it is hard to be convinced by words that VR is the real deal – how can words really portray the experience accurately? Although I was always hopeful for this to be the real deal, I was also sceptical. This experience though has left me with no doubt that this is it, 2016 is the year quality VR comes into our homes. Am I prepared to pay new console price for it? Yes, it is not just a mere accessory for your PS4 – it transforms it into a whole new platform. Will I buy it on release? If I have the money! Promises of 10 different games being available to play when it is due to be released is more than enough for me to justify the early plunge! So to any sceptics out there I say give it a try and to the dreamers and the hopefuls, you are right Virtual is the new Reality!